What are the effects of adding more concrete to the mixer? 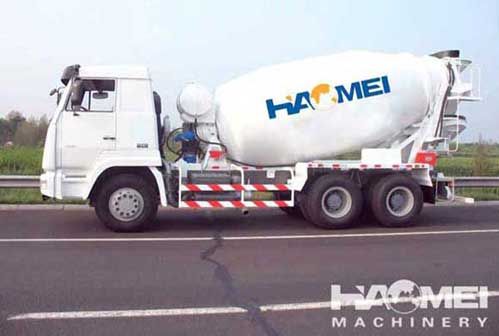 New mixers are generally more prone to problems for a few years?

What to do if the concrete solidifies in the mixer?

After the concrete is solidified, its main components are dicalcium silicate and tricalcium silicate. Theoretically, hydrochloric acid can react with it to release its solid shape. However, it is actually difficult to operate because the feed port of the mixer truck is small, the amount of hydrochloric acid is difficult to control, and hydrochloric acid can also react with the tank body of the mixer truck. In practice, this often occurs when the tank is cut by electric welding or gas cutting, and the solidified concrete is mechanically broken.

The loading of the mixer truck refers to things other than the chassis fender, including the mixing tank and support, the inlet and outlet hoppers, the hydraulic system and reducer, the water tank and piping, and the operating linkage mechanism.

Generally, HM10-D concrete mixer truck manufacturers will choose according to the size of the mixer truck and the needs of customers. Standards below 6 squares are domestic systems (optional imports), and standards above 6 squares are imported systems. 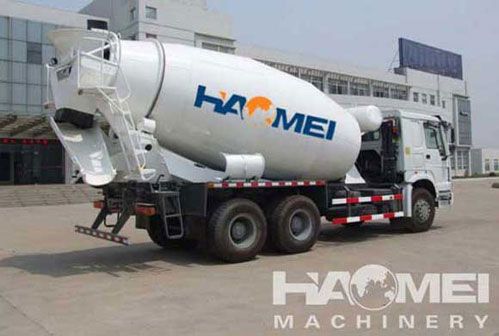 The hydraulic pump is the main component of the concrete transit mixer. Generally, the mixer trucks of less than 6 square meters are standard fixed-volume pumps, but it is recommended that customers choose variable pumps.

What is the welding process of the mixer truck?

What is the payment method for the mixer truck?

There are various payment methods for HM12-D concrete mixer trucks, which can be purchased in full or in installments. General manufacturers of full purchases will have certain discounts. There are no discounts for installment payments, and the interest is the same as bank interest.

Concrete mixer is hard to unload. What should I do?

If it is because of concrete, then you should look at whether the slump is too small, the strength of the concrete is too high, or the reason why the concrete is too sticky. The above reasons can be adjusted appropriately according to the construction requirements; if it is always not good Next, it is necessary to consider whether there is a problem with the blade angle and the feeding opening.