The significance of various types of concrete mixing plant

Today, this paper is to explain the significance of various types of huihong hzs180 stationary concrete batching plant in stock. 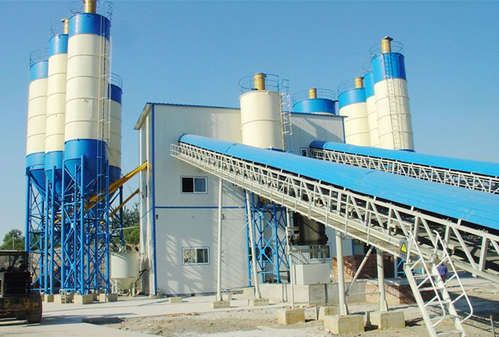 If "2" is added before these symbols, then hzs180 stationary concrete mixing station is configured as a double unit (double line), such as double machine 180 station is expressed as 2HZS360.

In fact, a HZS180 concrete mixing plant production line can not produce 180m3 concrete per hour under normal conditions. It is stipulated in GB/T10171 that if the periodic mixing station USES the forced mixer, its working cycle times should be ≥40 times /h when the main machine is 1.5m3~2m3. Take the 120 stations equipped with 2m3 machine as an example, its minimum ash output should be ≥ 80m3/h. When the main machine is greater than 2m3 to 4m3, it should be ≥35 times /h.

Next, the product of agitating plant is ready mix (fresh) concrete, so - called ready mix concrete is mixed by concrete agitating plant, not tamped qualified homogeneous concrete, also commonly known as commercial concrete. The so-called homogeneous concrete refers to concrete in which the relative error of mortar density is no more than 0.8%, and the relative error of coarse aggregate mass per unit volume is no more than 5%.