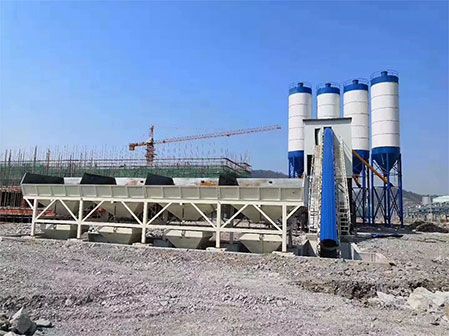 Second, the recommended site for the construction of concrete mixing plant equipment and sparsely populated places, such as (in the suburbs), there will be some noise and dust.

Third, when establishing the working site of the concrete mixing plant equipment, we must first plan the site, the reasonable placement of raw materials, and facilitate the organization of feed supplements.

Fifth, one production line should be equipped with at least two suitable cement silos, preferably three, which should be used in turn and supplemented in time to meet the needs of concrete production without causing cement backlog. Large-volume and pumped concrete generally need to be mixed with fly ash and admixtures, which should be placed separately according to site conditions for ease of use. 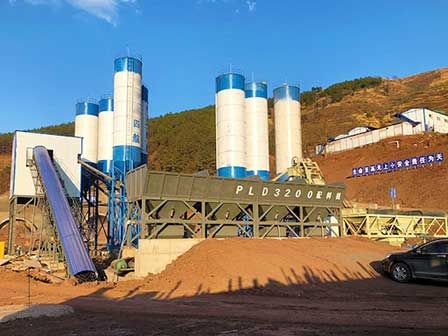 Sixth, as for the method of conveying finished concrete, a concrete conveying pump can be selected. This conveying method is based on the ability to meet the conveying distance and height and the supply of concrete. It is generally arranged in front of the mixer and connected to the pouring site with a pump tube; it can also be arranged near the pouring place and sent to the pump by a concrete delivery truck.