The anti-rust measures of mobile concrete mixer with pump and the anti-rust protection during use in the future have a great influence on the performance of the whole machine. Currently on the market, many pump trucks have not taken protective measures, and the concrete pumps have been corroded shortly after they left the factory. Below we introduce two anti-rust methods: 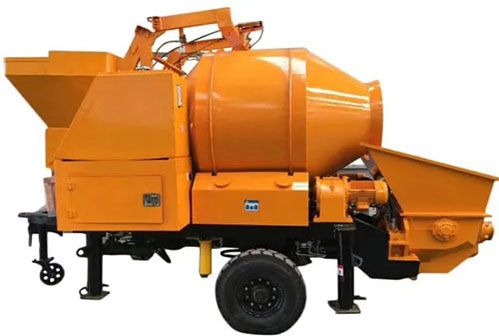 The pump truck needs to be shipped to all parts of the country for sale after leaving the factory, and this transportation process is also a link that is easy to rust. A brand new machine at the time of departure, rusty and stained all over after arriving at the destination, will leave a very bad impression on customers. Therefore, it is very important to take appropriate anti-rust packaging measures during transportation.

Second, the storage and rust prevention of mobile concrete mixer with pumps

At present, domestic construction machinery and equipment, some manufacturers and users generally lack rust prevention awareness, let alone master the correct rust prevention methods. Concrete pumps are generally parked in the open space of the factory or on the construction site, and are directly exposed to the harsh environment. Every day, there will be various rusts inside and outside China concrete mixer pump. 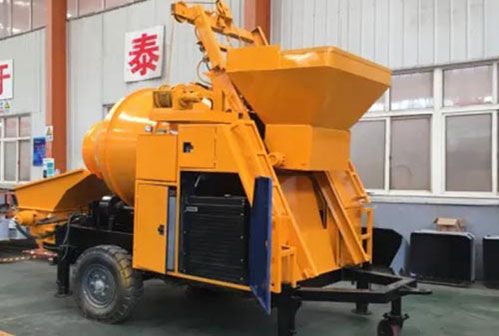 In response to this situation, first remove impurities from China concrete pump, apply anti-rust oil, and use anti-rust wrapping paper or packaging film for wrapping. The results proved that the anti-rust effect is very good. For the long-term storage of the whole machine, take the anti-rust film for overall packaging, and put in the gas phase corrosion inhibitor, which can ensure that the machine remains in its original state within one or two years. Not only is the cost low, the overall value of the machine is negligible, and the operation is simple, and ordinary machine operators can operate it after simple training.

The anti-rust work of construction machinery is more complicated, and different parts have different anti-rust measures. As more concrete pump factories become more aware of rust prevention, the quality of mobile concrete mixer with pump will be more perfect.