1. The pipe valve is blocked

The blockage of the pipe valve is gradually formed. The main reason is that the concrete is not washed with high-pressure water in time after the concrete is pumped. The concrete remains in the pipe. Over time, it can gradually thicken, accumulate and consolidate, causing blockage.

Remedy: After the concrete pump is finished conveying concrete, be sure to flush the pump body and S pipe with high-pressure water. When the flushing is invalid, brazing can be used to remove the residue until it is completely clean. 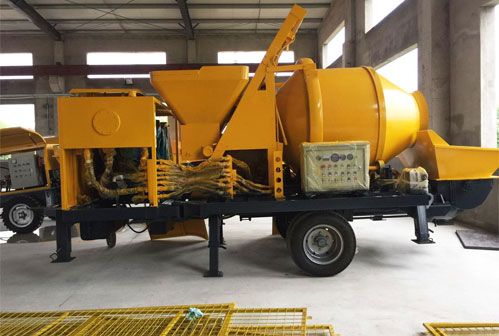 2. Blockage at the outlet of the distribution valve

The discharge port is blocked, usually because the action of the concrete pumping system is suddenly interrupted, and there is abnormal sound, the equipment has strong vibration, but there is no corresponding vibration in the pipeline.

Remedy: Pour cement slurry into the hopper, and start stationary concrete pump Philippines repeatedly in forward and reverse directions to force the passage to open. If this method is invalid, it can only be manually excluded, the connecting pipe is removed, and the debris in the valve is removed.

3. Blockage at the feed inlet

When the inlet of the concrete pump is blocked, usually the pumping action and hydraulic system are normal, there is no abnormal sound and vibration, and there are large aggregates or agglomerates in the hopper, which are stuck or arched at the inlet.

Remedy: Run the pump in the reverse direction to destroy the agglomeration, return the concrete to the hopper and remix, and then pump forward. If it doesn't work, it needs to be cleaned up manually and eliminated. 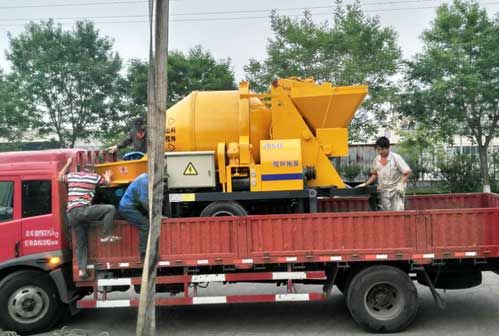 4. The concrete pipeline is blocked

When the delivery pressure gradually increases, but the hopper level does not drop, the pipe outlet does not discharge, the pump vibrates, and the pipeline is also accompanied by strong vibration and displacement, it can be determined that the pipeline is blocked. Judgment of blockage: blockage generally occurs in bends, tapered pipes, and areas with vibration. At this time, you can use a small hammer to hit along the pipeline. The dull sound is blocked; the crisp sound is normal. Listen with ears, a rustling sound is normal, and a harsh sound is a blockage.

Removal method of stationary concrete pump Nepal: When pipe blockage occurs, the method of wooden hammer can be used, combined with forward and reverse pumps, to make it clear; when the above method is invalid, the blockage is more serious. It is also possible to immediately adopt the method of repeating forward and reverse pumps, and gradually suck the concrete out of the pump back into the hopper for remixing before transporting. After the blockage is found, the pipe can be removed and washed with high-pressure wind or heavy hammer or high-pressure water. After it is thoroughly cleaned up, the pipe can be connected to continue pumping concrete.