The mobile concrete mixer with pump has been widely used in various construction fields. It can not only improve the construction efficiency, but also the operation is simple and safe. In construction, if the concrete pump is blocked, it will affect the normal construction. So in daily application, how to eliminate the blockage of the concrete pump? This is a problem that most construction parties are very concerned about. Different blocking parts have different elimination methods. See the following for details: 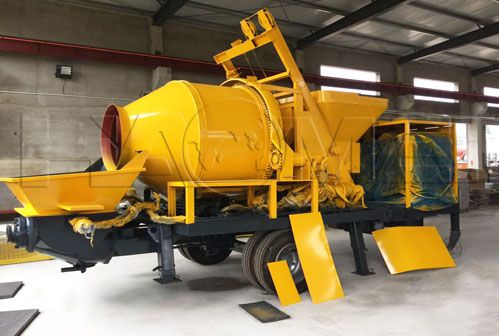 1. Blockage at the outlet of the distribution valve

Phenomenon: The action of the pumping system of the concrete pump is suddenly interrupted with abnormal noise. Strong vibration occurs, but there is no corresponding vibration in the pipeline.

Remedy: Pour 15-30 liters of cement slurry into the hopper, and start the pump repeatedly in forward and reverse directions to force the passage to be opened. If this method is invalid, it can only be eliminated manually. It is recommended to remove the connecting pipe and remove the debris in the valve.

2. Blockage at the feed inlet

Phenomenon: The pumping movement and hydraulic system of the concrete mixer with pump are normal, without abnormal noise and vibration. There are large aggregates or agglomerates in the hopper, which are stuck or arched and blocked at the inlet. 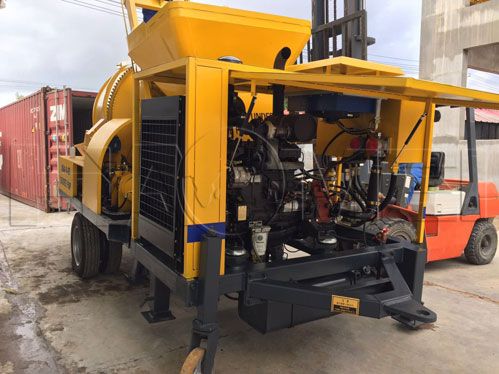 Phenomenon: The blockage of the S pipe valve of the concrete pump is gradually formed, the main reason is after the concrete is pumped. Failure to flush with high-pressure water in time resulted in the residual concrete in the pipe, which gradually thickened over time, accumulated and consolidated, causing blockage.

Remedy: After pumping the concrete, flush the pump body and S tube with high-pressure water. When the flushing is invalid, use a brazing pick to remove the residue until it is completely removed.