JS2000 concrete mixer made in China has a rational design structure with new arrangement, and is easy to be repaired and used. JS 2000 concrete mixer is composed of double shaft compulsory concrete mixer. Able to operate independently. It is matched with PLD series compound machine to form a simple concrete batching device.

The following are the main components of the concrete mixer How to Choose A Concrete Mixer

The concrete mixing station is an indispensable and important part in the urbanization construction. It provides a continuous stream of concrete for all types of highways, bridges, and water conservancy projects. The premixing of the concrete cannot be separated from the discount JS2000 concrete mixer in stock. Model, not only can be used alone, but also can be combined with the batching machine to form a simple concrete mixing station.

So what are the characteristics of a good concrete mixer?

2.Monitoring device: It has independent monitoring device, which can monitor the working status of reducer, electric lubrication pump and discharge pump at all times;

3. Independent electric pump: The concrete mixer should be equipped with a special electric lubrication pump, which requires four independent pump cores to add lubricant to the four bearings respectively;

4. Waterway system: Multi-waterway water spray system is required, so that the water can be sprayed in the host more evenly; Above is the factory of our concrete mixing equipment, we have a lot of stock for you to choose.

The JS2000 concrete mixer made in China is easy to use and saves time. I know this, but after some time, there is concrete scaling in the tank. How can I clean it up? The following method will make your concrete mixer spotless.

The concrete residue in the mixer can be ground with stones first. Measure a certain number of stones according to the capacity of the concrete mixer (for example, 2 tons of stones with a size of 2m), and then turn it around to make some concrete with a relatively low strength soon to be ground down. Then enter the person to clean with an iron drill and a steel hammer. Pay attention to the cleaning time, usually once a day or once every shift. After a long period of time, it is very strenuous. In the end, the concrete residue on the outside of the hydraulic concrete mixer can only be slowly made with a hammer, brazing iron or spatula. Cleaning the concrete mixer is a meticulous job, so it should be cleaned in time if found.

The discount JS2000 concrete mixer mainly mixes the cement and the sand and gravel uniformly. It is conceivable that the concrete mixer needs a strong strength, and after mixing, there will be some mud and sand consolidated on the mixing paddle, and the body will be stained a lot. Dirt. This is inseparable from the maintenance and maintenance of the mixer. How to maintain the mixer to make it last longer? First, to prepare for the use of concrete mixers, the most important thing is to check whether the working status of each part is normal.

Second, after the work is completed, the mixer body should be cleaned in a timely manner. After use, the concrete mixer with factory price should be cleaned in time to remove all the dirt on the mixer body. At the same time, the soil can not enter the motor, gears and other equipment. At the same time, it is necessary to lubricate the machine from time to time to avoid damage to the mixer due to huge friction.

Third, when the concrete mixer is working, it is also necessary to pay attention to its working condition from time to time. For example, motors, transmission gears and other equipment can judge whether they are normal by the sound of their operation. Stop the machine in time and carry out a careful inspection.

Only by doing maintenance work on cheap JS2000 concrete mixer every day can the mixer be used for a longer time, and the quality of the prepared concrete can be ensured more reliably.

Welcome to inquiry, if you are interested in JS2000 concrete mixer price. 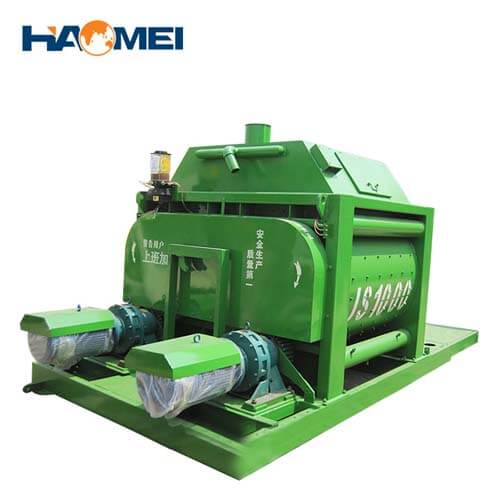 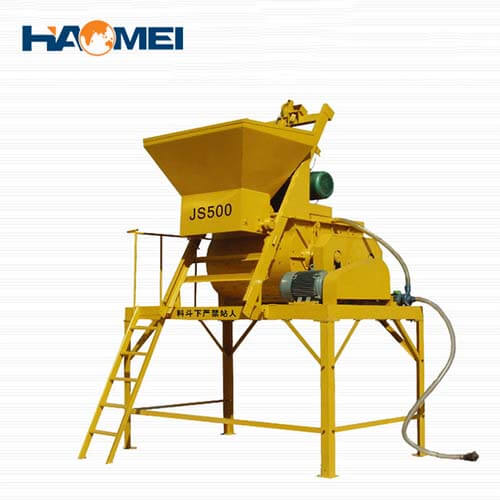 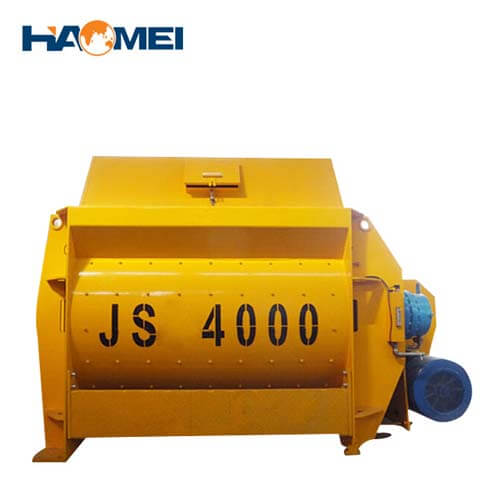