2. The belt conveyor adopts a new type of conveyor belt with skirts, and has cross-bars, which improves the inclination angle and transportation capacity (250t/h). 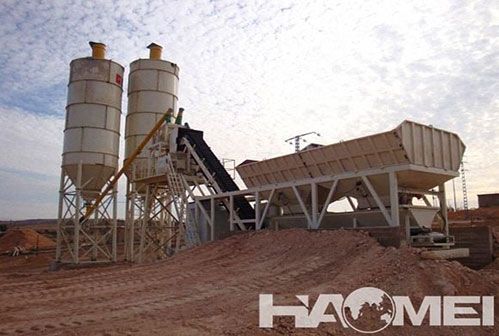 3. The water distribution system of yhzs25 concrete batching plant consists of a water tank, an admixture tank, a filter screen, a water pump, an admixture pump, a worm gear precision flowmeter, a pneumatic rubber-lined diaphragm valve, and a water distribution pipe. When water (admixture) flows through the flow meter, the impeller of the flow meter is impulsively rotated, and a pulse signal is sent to the control electric appliance to achieve the purpose of measurement. And according to the requirements of the mixing ratio, water and admixtures are added to the mixing drum regularly and quantitatively.

4. The concrete mixing plant has two lever scales, which are used for cement weighing and aggregate weighing respectively.

a. The working principle of yhzs25 mobile concrete batch plant is that the weighing hopper transfers the mass of the material to the steel belt of the lever dial through the three-level lever, pulls the cam to rotate, so that the sector gear drives the pinion to rotate, and the pointer fixed on the pinion also follows. Regular rotation, indicating the weighing value on the dial. An oil damper is installed in the dial to prevent the hands from swinging due to the flow of aggregate or cement. 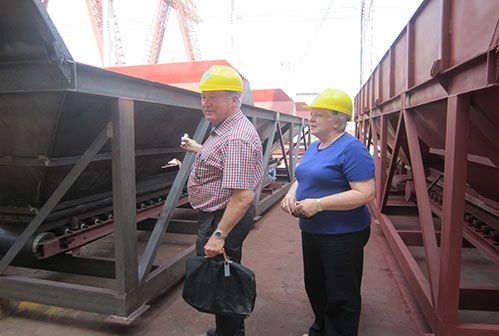